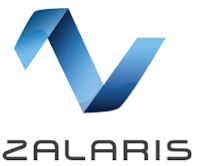 The company targets large and often complex organizations. In Zalaris customer base we find companies such as ExxonMobil, Statoil, Nordea, TeliaSonera and Norwegian Railways (NSB). NSB is the first public company that Zalaris has landed. This happened in Q3 2015 and could possibly open up some potential in the public-sector market.

About 87% of Zalaris’ total turnover comes from this segment. This serves more than 200.000 employees on a monthly basis.

There exist four main offerings within Payroll and HR Outsourcing, which can be seen as different levels of how much of HR is outsourced to Zalaris. The four offerings are as follows, with 1 being the least extensive service, and 4 being the most extensive one.

“Payroll processing” includes that Zalaris take care of payroll and distributes output, but the client is still responsible for input and reporting. This is basically a client-adjusted version of 1.

“Full service payroll and travel expenses” means that Zalaris is responsible for end-to-end payroll process, sick-leave refunds and employee help desk. The client is still responsible for maintenance of employee data and HR.

“Comprehensive service transactional HR and payroll” means that Zalaris is responsible for all end-to-end transactional HR processes. The client interacts with Zalaris service management and focus on strategic HR.

Zalaris earns money through the payroll and HR outsourcing by licensing these solutions to different companies. Companies that choose Zalaris’ solutions typically sign contracts lasting at least 5 years. The switching costs are considered high, which results in very few companies switching from Zalaris. The churn rate is historically around 1.5%, meaning that 98.5% of last year’s revenues will reoccur the next year. This renewable rate is very strong and is essential for continued growth for Zalaris. Payroll and HR outsourcing is mainly done through a software solution, which means that a new customer doesn’t imply a lot of new costs. Hence, Zalaris’ can enjoy economies of scale.

The equity ratio is 43%. Cash and equivalents amount to 35 MNOK, while total liabilities amount to 82 MNOK. The total dividend amounted to 16.2 MNOK.

All in all, the financial health looks good and this is nothing that needs to be looked at more closely.

Stability of profit and dividend

In the long perspective, the sales history is very strong. 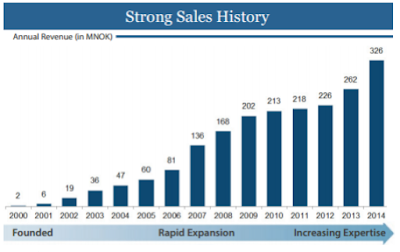 In the shorter perspective, the revenue growth has started to slow down and the growth rate is for the last 12 months is currently 3%. 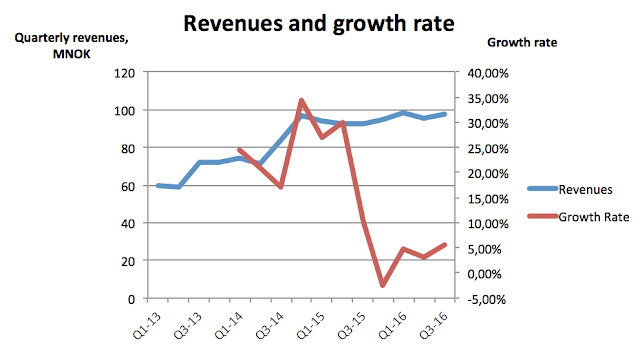 Figure 2. The growth rate of Zalaris has dropped extremely much in just a short time.

The poor growth that has been during the last one and a half year is something that worries me and something that makes me doubt my investment in Zalaris. To enable economies of scale and also a margin improvement, the growth rate will have to return to double-digit. Naturally the margin can improve without much growth but definitely not as much.

Zalaris has been profitable ever since 2005, five years after the company was created. The EBIT-margin for the last 12 months is at 8.9% (see figure 3). Zalaris has just set up a back-office center in India, which will take care of most of the company’s administration to a much lower cost than before. In Q3 2016 Zalaris reported that 20% of all customer service is now handled in the new center in India. The scalable business model and the new site in India should in the future increase the EBIT-margin. 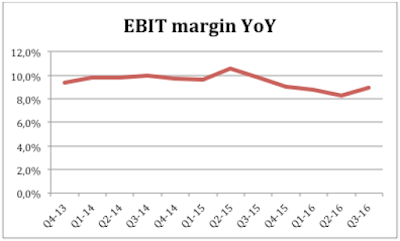 Figure 3. EBIT-margin of the last 12 months for each place in time. The EBIT-margin is hovering around 9% and this is something that needs to be improved if Zalaris should be considered an attractive investment. 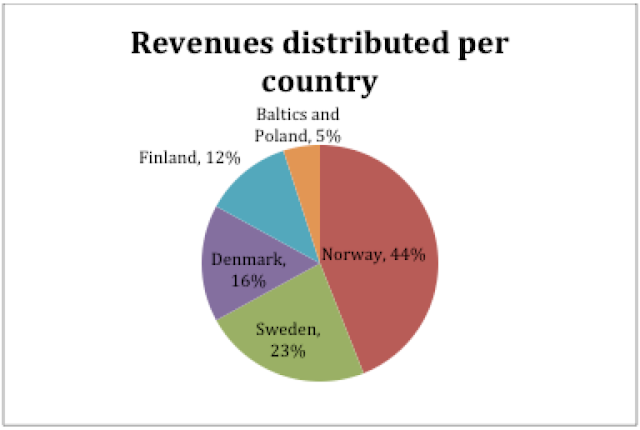 Figure 4. Zalaris has quite a well geographically diversified customer portfolio.

There are only two firms that offer the same services as Zalaris. These are ADP and NorthgateArinso, who both are giants but they don’t operate on the Nordic market. Both of these firms have much higher margins than Zalaris does (about 20% EBIT margin compared to Zalaris' 9%), which makes me believe in the possibility of some good margin improvements in the upcoming years.

Hans-Petter Mellerud is CEO and founded the company 15 years ago. He currently owns 15% of the shares. Including board members insiders own 25%. Such a strong ownership of insiders implies that they are in the same boat as the shareholders, which is a good sign and something that I like.

As always when investing in a foreign country, currency risk is apparent.

The YoY net income (the last four quarters) is 1.18 NOK per share, which gives a P/E-ratio of 24.5. The P/E-ratio is high, which means that Zalaris needs to grow well and also increase its margins if the current valuation should be attractive.

Continued growth is expected for Zalaris and the profit margin is expected to go up when volume increases due to economies of scale. The company has communicated an objective annual revenue growth of 15-20% for the next few years. The EBIT-margin is currently at 8.9% and there should be some upside in this number when initial costs of the new service center in India starts to decline.

The scalability of the business model basically only originates from offshoring. In December of 2015 Zalaris had an offshore percentage of approximately 30%, while the objective is to raise this figure to 50%. Zalaris estimates an improvement of the margin of 0.5% for every percentage Zalaris manages to increase its offshore percentage. Since December of 2015 much has happened and 20% of the total number of employees are now located in India. Hence, the current offshore percentage is probably around 35%. Zalaris expects that they won’t be able to keep all margin improvements to themselves, but will instead be sharing it with their customers to further improve its value proposition. If we expect that Zalaris can improve their own margin by 0.3% for each percentage of increased offshoring, this means that the EBIT margin is expected to rise to about 16%. A big step towards this was made recently when the company built the now outsourcing center in India.

Estimated net profit after Q3 2017 Table 1. Estimated YoY earnings per share (NOK) after Q3 2017 with different estimations for growth and EBIT-margin. As can be seen, a change of 1 percentage in EBIT-margin almost makes as much difference as 12% higher growth.

As can be seen in Table 2, the valuation of Zalaris is much dependent on the EBIT-margin and this is key for my investment in Zalaris.

Zalaris is a fast growing company with a scalable business model. However the growth rate has really slowed down during the last year, which is a worrying sign. The company is the only one of its kind in the Nordics market. Zalaris has an extremely low churn rate, which is and will be essential for future growth. This is a sign of great customer satisfaction, but also means that there are high switching costs (entrance barriers). The management and its ownership of shares look very good. Insiders own a total of about 25% of the company. There are no specific risks that look like something that a shareholder would have to worry about. The high P/E-ratio could be explained by the fact that the company is currently experiencing some extra costs due to the rapid expansion, especially after just having set up the new back-office center in India. However,  the company has communicated that the new back-office center in India will save the company about 2MNOK per month, which would mean about 6% increase of EBIT-margin. Zalaris will reinvest some of the savings and will share some of the cost cutting with its customers, but some part will definitely be translated into a higher EBIT-margin.

My investment case is that Zalaris will improve its EBIT-margin to about 11% by the end of 2017 and 12% by 2018, and grow some 10%. Thereafter I believe that the company should be able to maintain the same growth for at least 5 years and finally show an EBIT-margin of about 16%. These assumptions would mean a P/E-ratio of just below 16 for 2017 and just below 14 for 2018. For such a qualitative company as Zalaris this is too low and I expect a reasonable P/E-ratio for Zalaris is 20. Thus I expect that there is a 25% upside in one year's time and about 50% in two years' time.

I view the Zalaris investment case as a classic "Heads, I win. Tails, I don't loose much". After all, the  current valuation of Zalaris isn't extremely high and since the churn rate is extremely low, I don't see a big drop in sales. Neither do I see a drop in the profit margin, especially after the recent offshoring activities in India. Hence, I view the worst case scenario as low growth and just a small improvement of the profit margin. If everything falls out well I see an enormous upside with further expansion in Europe and even more offshoring as the major factors that will make both revenues and profit margin go up.

Zalaris today make up for about 8% of my portfolio. Before I buy more Zalaris, I want to see signs of an improving EBIT-margin.